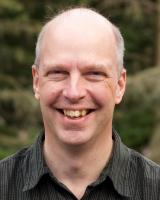 Dr. De Jong’s research program centers on the development of new potato varieties, especially those resistant to the golden cyst nematode.   Recent potato varieties released through his work include ‘Lamoka’, ‘Waneta’ and ‘Red Maria’.  He received his PhD in Plant Pathology from the University of Wisconsin-Madison in 1994, and joined Cornell University in 2000.