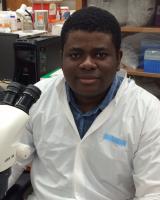 Jn-Bertrand Contina is completing a PhD degree in Plant Science at the University of Idaho and joined the GLOBAL project in August 2016 to work on developing a system model for Globodera risk assessment. His previous research was focused on biological control of plant pathogens using antagonistic microorganisms.